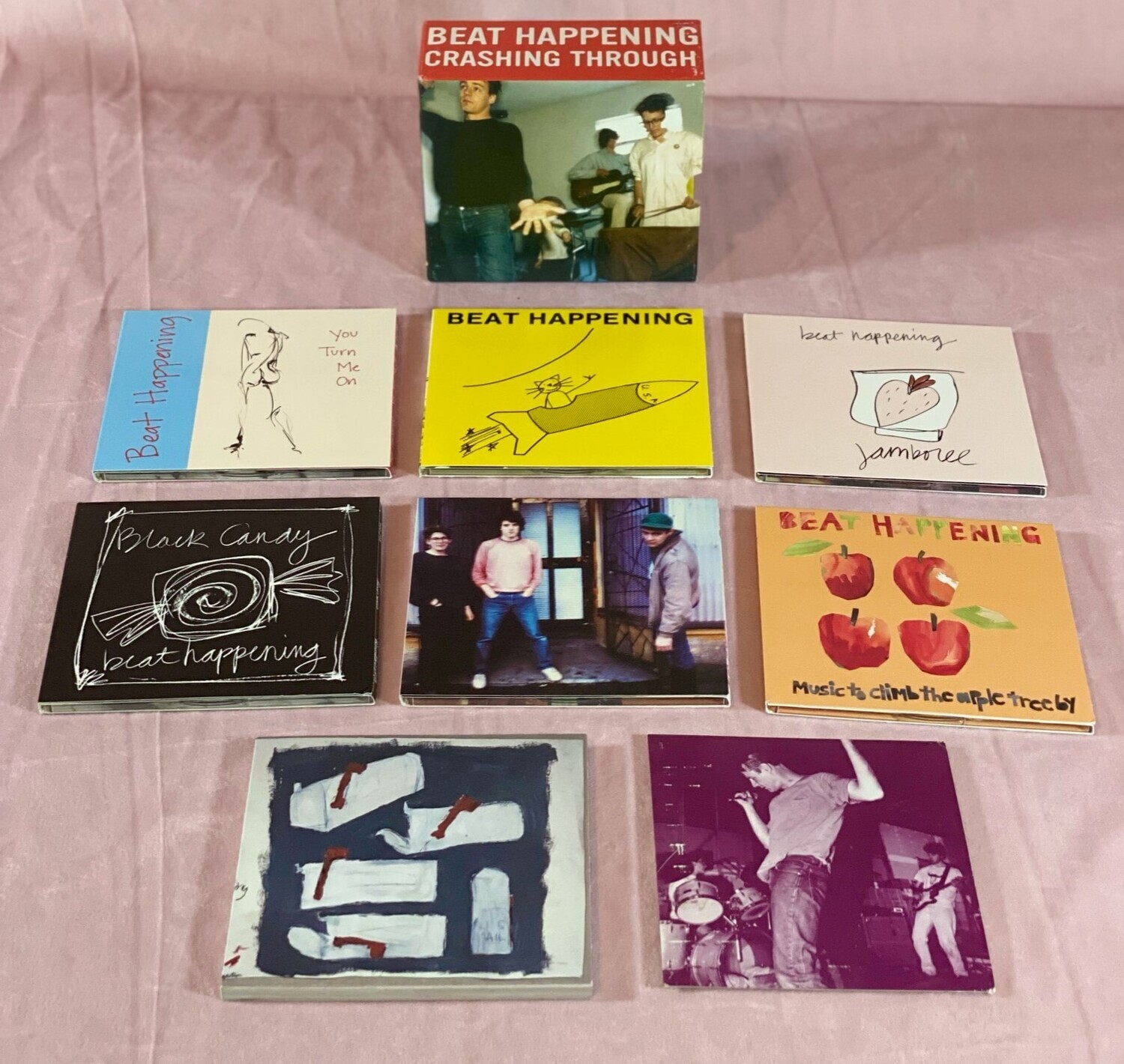 If context is indeed everything, then an artist's step into the world of box sets signifies a major change in their positioning in the pop firmament. Box sets lend the music they contain a new sense of historical importance; with their retrospective booklets, wealth of unreleased material, and remastered sound, box sets possess an air of archival permanence, a library piece signifying that this is a history worth preserving and analyzing. Of course, Jethro Tull has a box set, so that's another theory that's shot, but in the case of Beat Happening, it truly means something. With the aptly titled Crashing Through, not only does the Olympia, WA, trio finally restore their catalog to record bins, but their music takes its rightful place alongside the true greats of the rock & roll canon. Primitives far ahead of their time, Beat Happening defined more of the spirit and aesthetics of independent music than any other band of the early '80s. Fusing naïve yet dark lyrics, brittle but hypnotic melodies, and the wondrously off-kilter vocals of Calvin Johnson and Heather Dunn, the group championed a simplicity and honesty that punctured every last vestige of rock & roll excess, virtually creating the template for the indie pop to follow in their wake. Crashing Through brings together pretty much everything Beat Happening ever released: their five official LPs (Jamboree and You Turn Me On certainly the best), singles, that split EP with the Screaming Trees, and much more, including video content and a booklet authored by Lois Maffeo. Songs like "Midnight a Go-Go," "Indian Summer," "Cast a Shadow," and "Tiger Trap" are quite simply among the finest recorded by anybody ever. Suffice it to say, essential stuff.

WE NOW OFFER IN-STORE PICKUP OR FREE LOCAL DELIVERY (FOR ORDERS OVER $100) AVAILABLE AT CHECKOUT!!