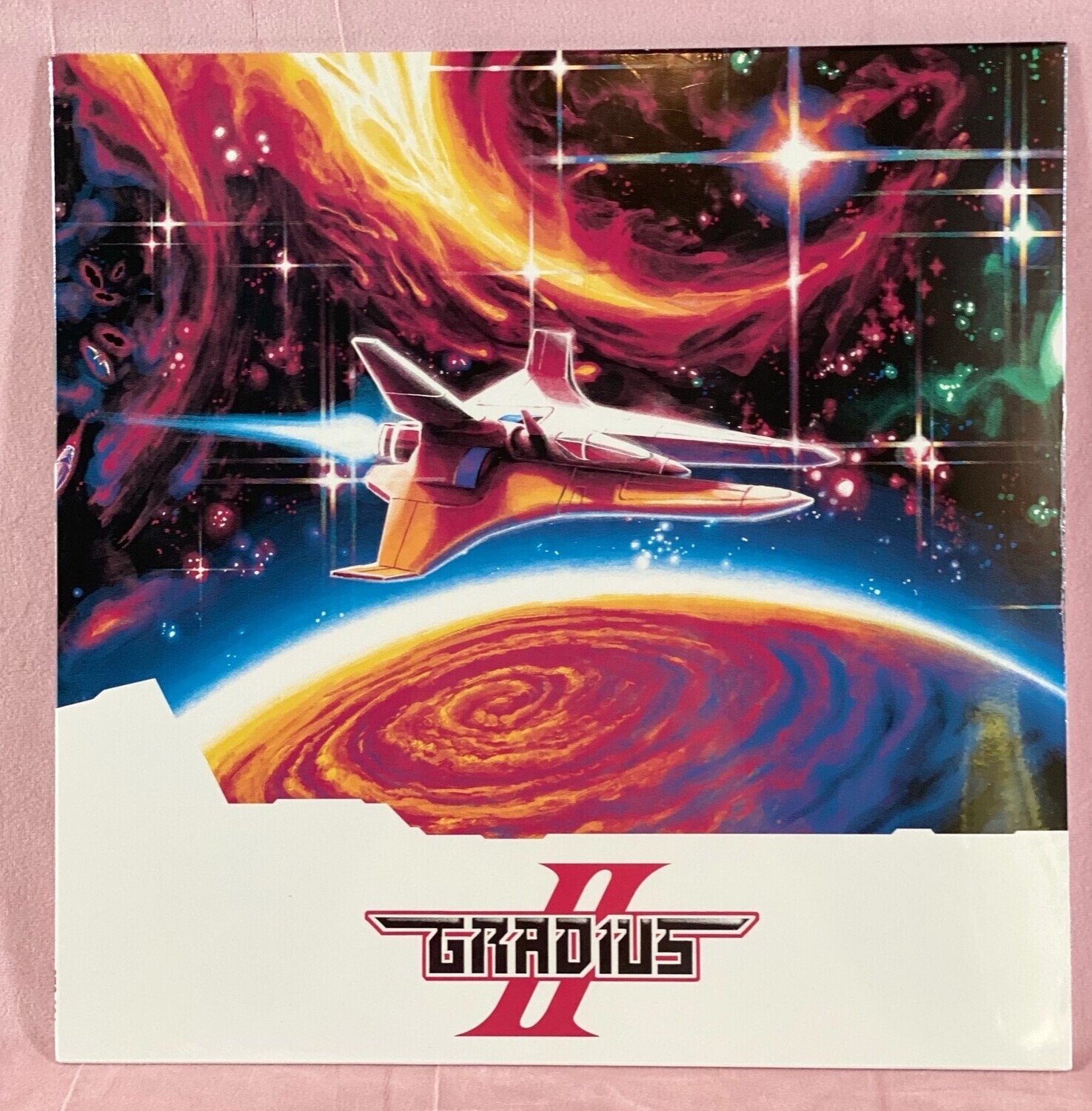 Further developing the sound of GRADIUS, Part II continues with the hard driving sound that the Konami Kukeiha Club became world famous for.

The A-Side of this record contains the original soundtrack to the Famicom/NES version of GRADIUS II. Where the original game's soundtrack was a high watermark in the early days of video game music, GRADIUS II pushes the Nintendo Entertainment System's humble audio chip to its limits, creating memorable, improvosition based tracks that listeners will be humming long after the record stops spinning.

The B-Side contains the lesser known soundtrack to the spin-off GRADIUS 2 for the MSX computer. Only released in Japan (and in Europe as NEMESIS 2), this version of the soundtrack is a completely different beast than the Famicom counterpart. Containing deep, humming synth lines that are more in line with the Konami Kukeiha Club's arcade output. Faster and more driving than the Famicom version, GRADIUS 2 remians an absolute treat for VGM and retro synth fans.

Included with the album is a double sided insert, with one side featuring a close up of Ian Wilding's cover artwork and the other side featuring liner notes from Retronauts' Jeremy Parish.

WE NOW OFFER IN-STORE PICKUP OR FREE LOCAL DELIVERY (FOR ORDERS OVER $100) AVAILABLE AT CHECKOUT!!