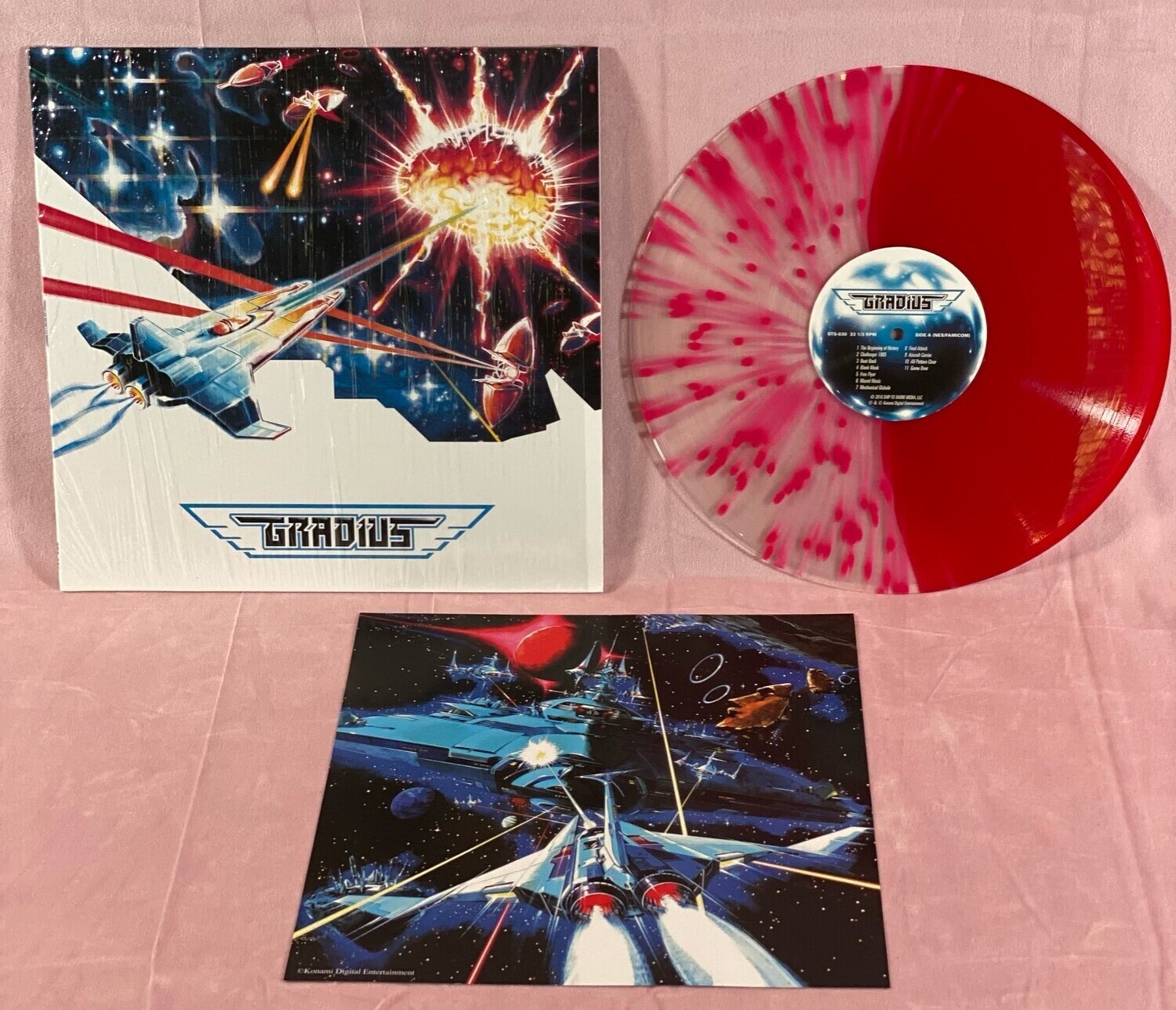 The soundtrack to Konami’s immortal 1985 shoot-em-up GRADIUS. Spanning a multitude of sequels, spin-offs and everything in between, GRADIUS remains one of the crown jewels in the Konami library. This soundtrack introduced multiple themes that would become not only repeated throughout the series, but undisputed classics in the realm of shoot-em-up tunes.

Included on this record is both the 1986 Famicom/NES soundtrack on Side A and the 1989 enhanced MSX port on Side B. This MSX version has never been officially released outside of Japan, and the soundtrack used the Konami SCC+ chip for enchanced audio, so this versions inclusion is a real treat for fans of the series.