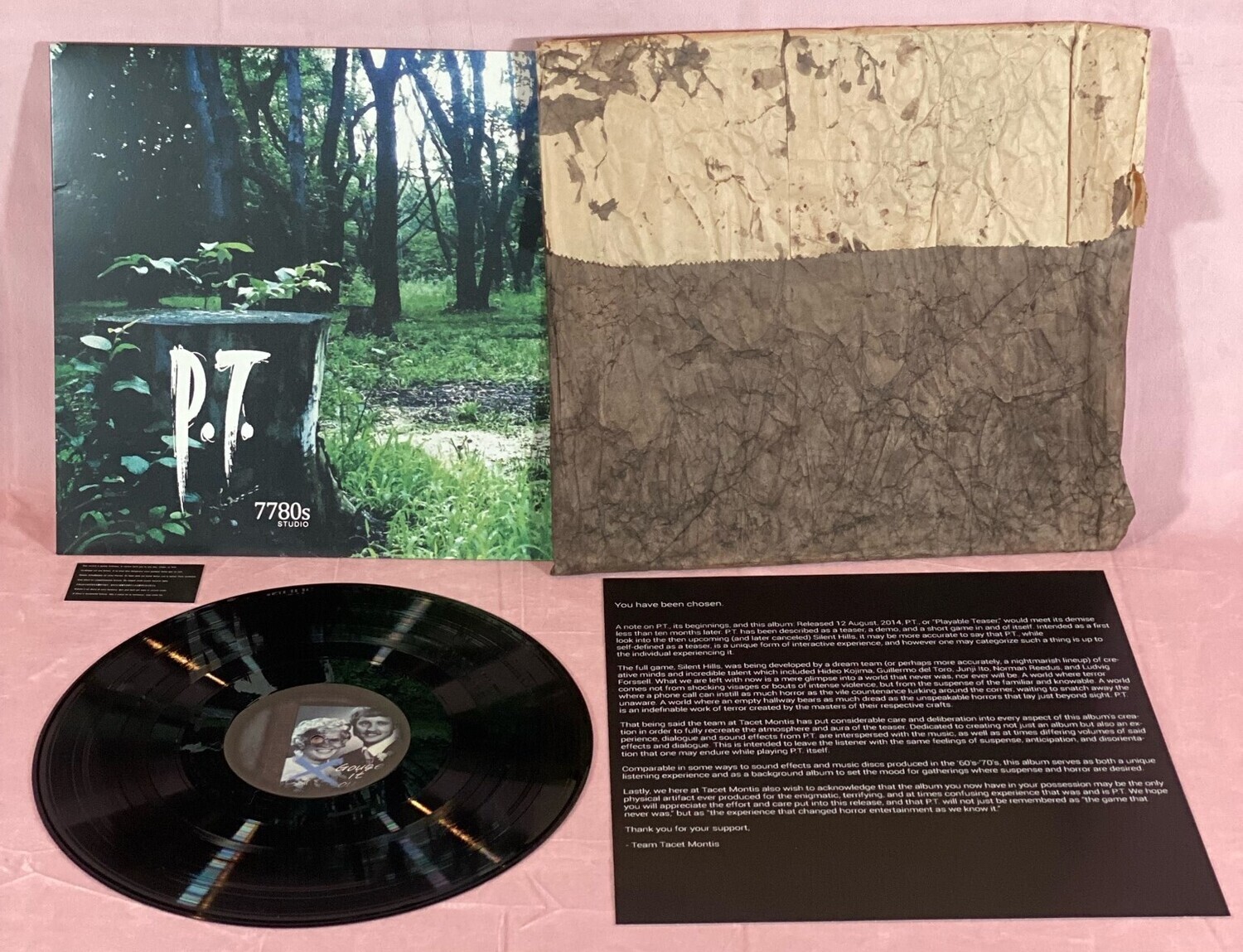 A note on P.T., it’s beginnings, and this album: released August 12, 2014, P.T., or “Playable Teaser“, would meet its demise less than 10 months later. P.T.has been described as a teaser, a demo, and a short game in and of itself. Intended as a first look into the then upcoming (and later canceled) Silent Hills, it may be more accurate to say that P.T., while self defined as a teaser, is a unique form of interactive experience, and however one may categorize such a thing is up to the individual experiencing it.

The full game, Silent Hills, was being developed by a dream team (or perhaps more accurately, a nightmarish lineup) of creative minds & incredible talent which included Hideo Kojima, Guillermo Del Toro, Junji Ito, Norman Reedus, & Ludvig Forsell. What we are left with now is a mere glimpse into a world that never was, nor ever will be. A world where terror comes not from shocking visages or bouts of intense violence, but from the suspense of the familiar and knowable. A world where a phone call can instill as much horror as the vile countenance lurking around the corner, waiting to snatch away the unaware. A world where an empty hallway bears as much dread as the unspeakable horrors that lay just beyond site. P.T. is an indefinite bowl work of terror created by the masters of their respective crafts.

That being said, the team at TACET MONTIS has put considerable care and deliberation into every aspect of this album‘s creation in order to fully re-create the atmosphere and aura of the teaser. Dedicated to creating not just an album but also an experience, dialogue and sound effects from P.T. are interspersed with the music, as well as at times differing volumes of sound effects and dialogue. This is intended to leave the listener with the same feelings of suspense, anticipation, and disorientation that one may endure while playing P.T. itself.

Comparable in some ways to sound effects and music discs produce in the 60s - 70s, this album serves as both a unique listening experience and as a background album to set the mood for gatherings where suspense and horror are desired.