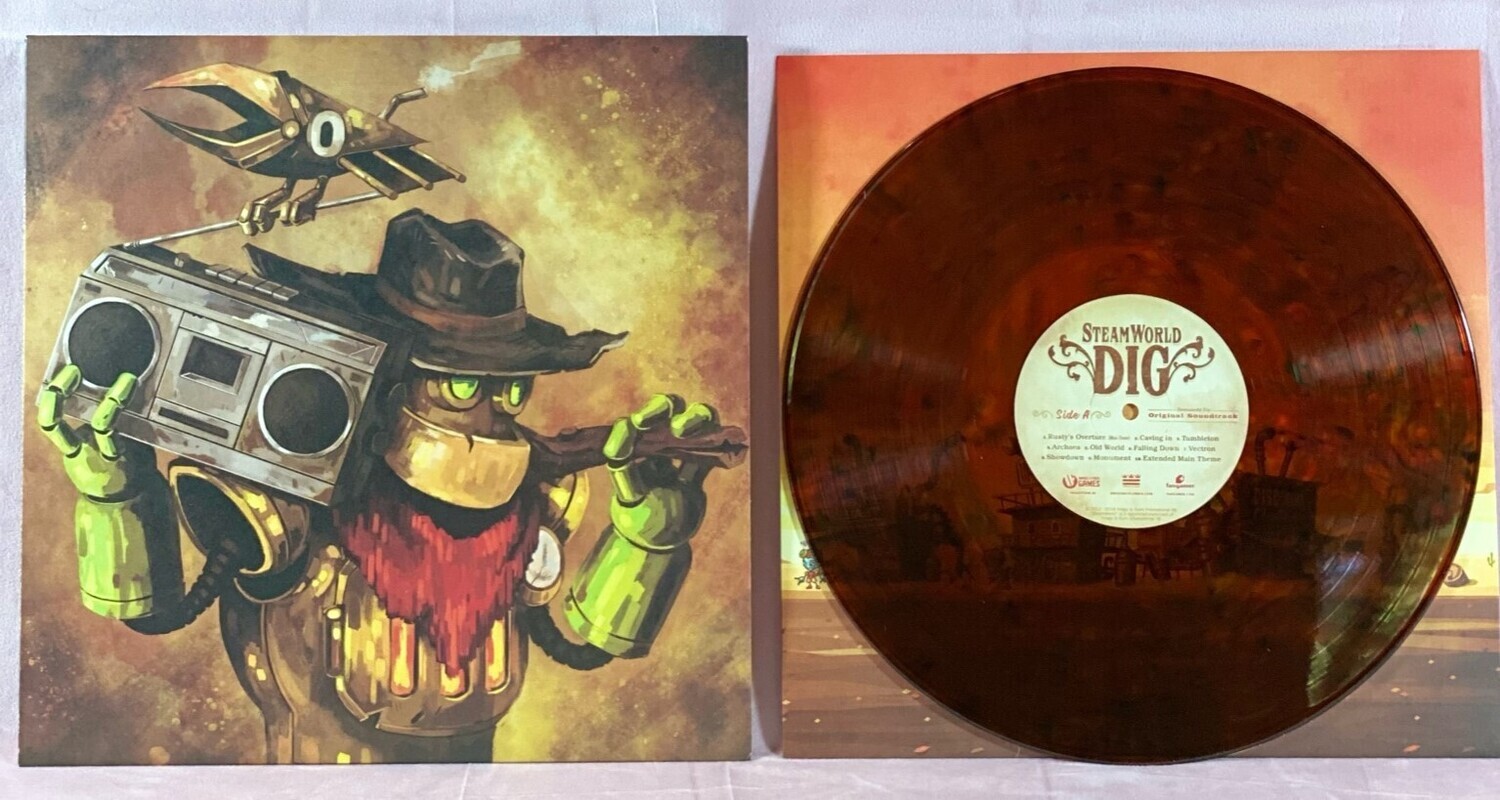 This soundtrack contains all nine tracks from SteamWorld Dig plus an extended version of the main theme. Side B features a number of rarities and remixes, including:

• "Beyond," a track originally composed by DDWIP (the synth duo that produced the main theme of SteamWorld Dig 2) to play in the Nintendo eShop during the release of SteamWorld Heist
• A remix of "Tumbleton" infused with chill vibes and smooth bass by Phillip E Morris
• "Corrupted Savior," a collaboration between DDWIP and producer El Huervo that harkens back to the original tracks "Showdown" and "Monument"
• "SetUpWeird," El huervo's song from the SteamWorld Dig 2 release trailer
• "Testacojboj," a previously unheard demo from Johannes Hedberg of Carbon Based Lifeformsthat became the blueprint for SteamWorld Heist's atmospheric background music