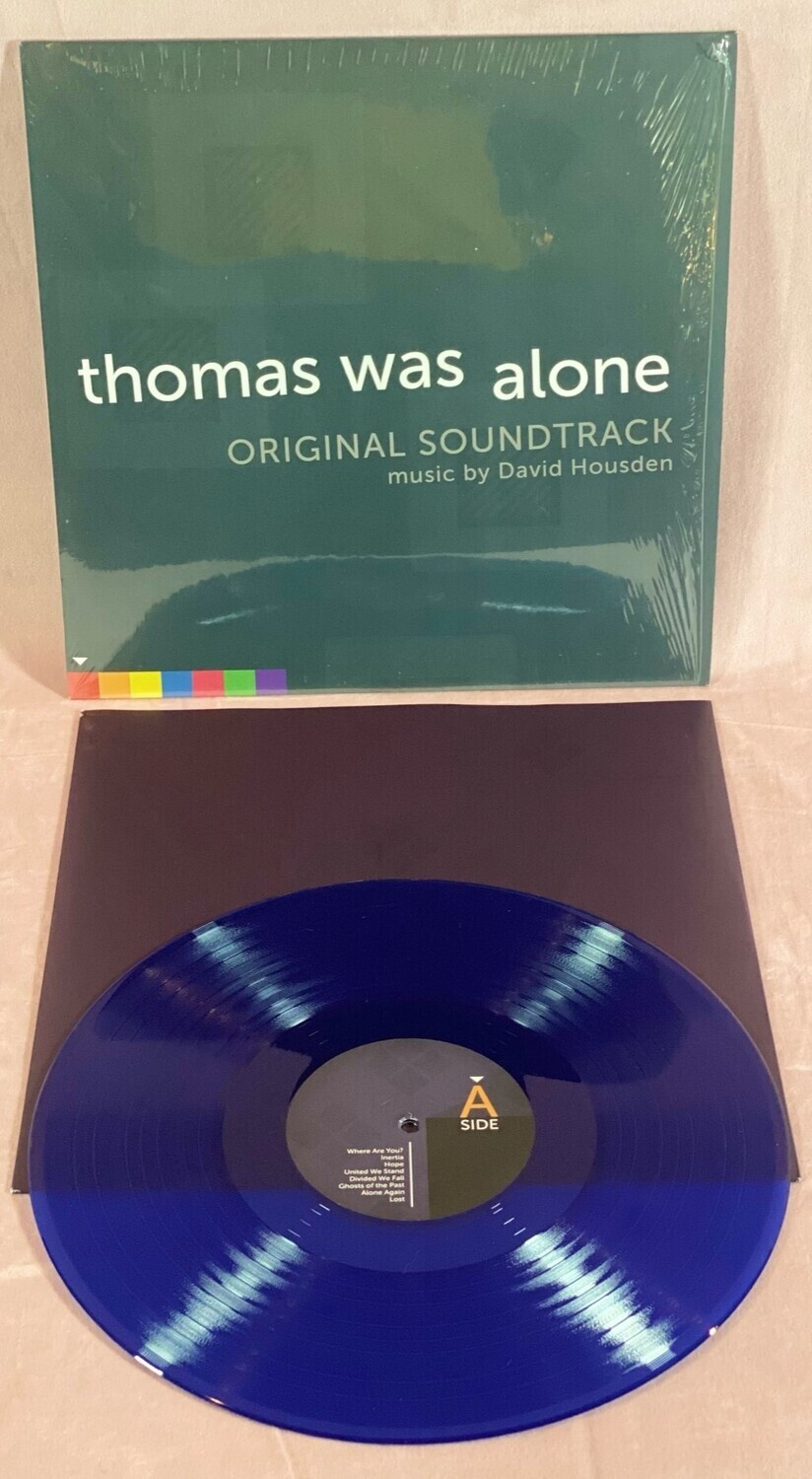 Featuring minimalist pianos and ambiences fused with lush strings and ethereal synths, both the game and soundtrack enjoyed rave reviews, receiving BAFTA nominations for ‘Best Story’, ‘Best Original Music’ and ‘Best Performance’ (winner) as well as Develop nominations for Best Audio Contribution and Best Use of Narrative (winner), and Honourable mentions from the Independent Games Festival for Excellence in Visual Design and Excellence in Audio. Featuring the original album completely remastered, complete with brand new tracks written exclusively for the release of 'Benjamin's Flight' DLC on PS4 and Vita. Remastered for vinyl by Christian Bethge at RAMA Tonstudio, Mannheim.

„The soundtrack for Thomas Was Alone was my first project in the industry and thus holds a very dear place in my heart. I remember writing it as a newly graduated student on a 2-octave MIDI keyboard, on a second hand copy of Pro-Tools LE, with a couple of pieces of software to my name. Being forced to work within such limitations brought a heightened focus on creativity and with it, a very honest and personal end result. I never would have anticipated the journey it has led me on, so here we are 5 years later, and it's my absolute pleasure to celebrate the anniversary of its release with this beautiful vinyl.“ - David Housden

Thomas was alone, and then, well, he wasn't. Thomas Was Alone is an indie minimalist 2D platformer about friendship and jumping and floating and anti-gravity. Guide a group of rectangles through a series of obstacles, using their different skills together to get to the end of each environment. Listen to awesome music by David Housden. Jump over rectangles meticulously placed by Mike Bithell. Listen to voiceover read wistfully and a bit amusingly by Danny Wallace. Thomas Was Alone tells the story of the world's first sentient AIs, and how they worked together to, well, not escape: Escape is a strong word. 'Emerge' might be better. 'Emerge' has an air of importance about it, while keeping the myriad plot twists and superhero origin stories you'll discover under wraps. We didn't even mention the bouncing. That'd be overkill.